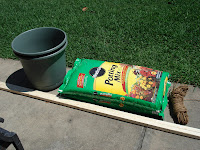 Following the advice of the Brew Your Own article, I purchased two 20" pots along with enough dirt to fill them and two 2"x2"x8" posts for the trellis. 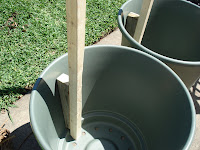 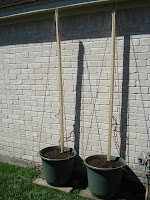 After everything was attached, I ran the hop twine through the eye-bolts and moved the pots to a location on the South side of the house before filling them with dirt. Two holes were drilled just under the rim on each pot which were used to tie off two strands of hop twine which the hops will hopefully grow up.


The hop rhizomes were then planted a couple of inches below the surface. 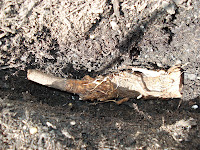 Nugget in the left pot. 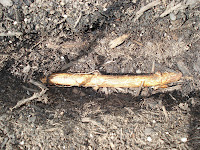 Cascade on the right.
Posted by Steve at 8:00 PM